The tournament was heralded as an opportunity for our junior affiliated anglers to compete against fellow club, state & national anglers. Each State appointed a Junior Coordinator whose responsibility was to encourage participation from their respective state clubs and anglers and (manually) record and report the achievements of their respective state anglers. GFAA membership and participation in the nationally run tournament grew over the years as news spread of the representational opportunities, awards and prizes.

Having revised the species list and size requirements, M&R was now a much broader category allowing all junior anglers to diversify their game fishing endeavours. Point scores for M&R and T&R are alike, and have proven very successful alternative for our young anglers with over 700 fish M&R‘d in 3 seasons, compared to 2500 fish T&R’d since electronic reporting commenced in July 2015.

The GFAA encourages all of affiliated anglers to join the competition.
Along with anglers competing for monthly awards, their fishing season achievements are recognised each year at the GFAA National Awards Presentation Dinner. Overall, 56 State Awards are available at the end of each year for male and female anglers in each of the Junior and Small Fry categories as well as the highly sought after National Champion trophies.

The GFAA is very fortunate to have some very generous sponsors supporting this National Tournament. Our sponsors all contribute to making this tournament free for all juniors across Australia, and the tremendous success it continues to enjoy.

Special Thanks to Our Junior Sponsors 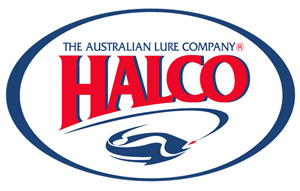