At the 2021 GFAA AGM National Junior Coordinator Kevin Oates proudly announced the winners of the GFAA 20-21 junior Tournament. Congratulations to all the winners and those who entered the annual event. 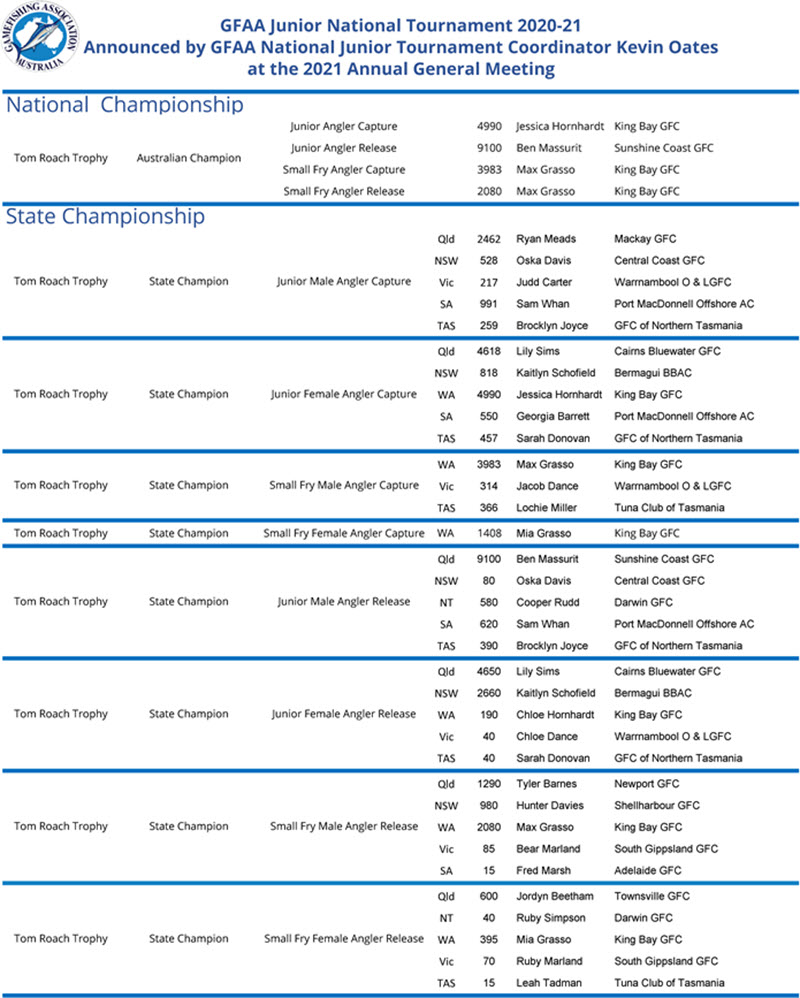 Blast from the Past: Tait Missen

Tait Missen is this week’s “Blast for the Past”. A member of the Victorian GFC, Tait’s captures are very impressive as well as his extensive list of tagged species list.

On June 17, 2017, Tait caught the only swordfish recorded in Victorian waters for a Junior or Smallfry angler. Fishing with his father as 2 up team out of Lakes Entrance in East Gippsland, Tait landed the broadbill swordfish weighing in at 118.85kg on 37kg tackle which is an Australian and Victorian Junior Male Record. 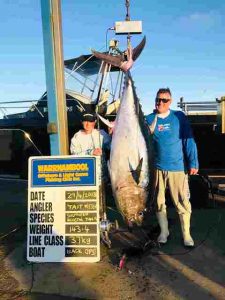 And on 29th April 2018 Tait landed a monster southern bluefin tuna at Port Fairy on the Victorian SW coast. It weighed in at 143.4kg on 37kg tackle and is a current World, Australian and Victorian record for a junior angler.

The young fisherman has also ventured to the Monte Bello Islands in Western Australia, Cairns in far north Queensland and more recently Fraser Island on the Queensland south coast.

Tait has won the Victorian State Junior and Smallfry awards in 2017 and 2018 and is a worthy recipient of the awards. 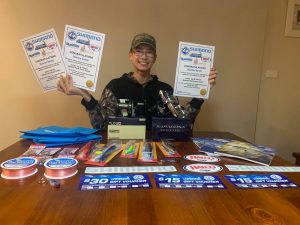